Strutynski Law can provide assistance with all areas of criminal law including: 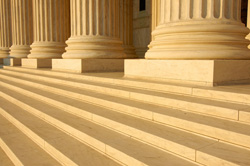 Strutynski Law has focused on continuing the firm’s tradition of providing Mackay and greater QLD with superb legal advice.